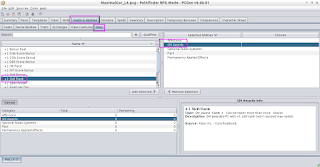 Posted by standardeyre at 21:00 No comments:

I am over the moon with excitement to announce that my newest novella Battle Stove Spectacular is available on both iBooks and Amazon for purchase.

Years of cultivation and negotiation are about to bear fruit. To seal a treaty between the fieldfolk of the Dominion of Cede and his people the elves, the Captain-King of the flying castle Battle Scar asks the greatest chef in the world of Poem to prepare a banquet. A Spectacular banquet. But the old king dies, and young king Corys has other plans for the elves....

Who will help Chef, and who will oppose him? The silver-tongued maître d' who disappears when you need him most? The shy gnome who loves complicated toys? The dwarf with every reason to hate the elves? A demon named Sunshine?

How will Chef defuse the tension and complete the banquet? With skill, friends, and spectacular style!

Background to the creation of the novel

I first announced this title in my 2016-12-16 blog post "How To Build A County Playground: One Book At A Time." I started the work much earlier, in fact; in March of 2016, while I was trying to find a way to avoid completing course work for a BCIT course in iOS Application Development. (Still completed the course, got my 'A').

The bigger truth, though, is that this work has been mulling around in my head for a long time, along with nineteen or so other stories. Most of these form the background to a Pathfinder Role Playing Game campaign setting I run for my friends, called County Playground. My intent is to sew the best twenty of those stories into The Twenty Tales of County Playground.

Posted by standardeyre at 21:45 No comments:

I Support the Down Syndrome Research Foundation

For 2017, Standard Eyre Digital Services will donate one hundred percent of all profits to the Down Syndrome Research Foundation.

The staff and volunteers at the DSRF do incredible work to ensure people with Down Syndrome live full and fulfilling lives.

Posted by standardeyre at 21:33 No comments: